CASE STUDY: How Savings Bank Finland increased their site traffic by 30% with Ambine

Aspiring to improve the volume and quality of site traffic from programmatic advertising and make the best possible use of their budgets, Savings Bank Finland turned to Ambine’s AI for help.

A 30% increase in generated clicks as a result of utilizing Ambine was achieved.

No manual interventions or adjustments were required after the learning phase of the optimization algorithm concluded.

Savings Banks Group (Säästöpankkiryhmä in Finnish) is one of the oldest financial institutions in Finland, with nearly half a million customers across the country, 120 branch offices, and over a thousand employees.

How we helped Savings Bank Finland?

However, the biggest challenge they were facing was determining which activities and audiences generated optimal results in driving site traffic. The available budget was therefore split across multiple line items within Adform’s DSP.

Savings Bank Finland was able to maximize the amount of generated clicks and, consequently, traffic to the site.

The campaign was initially set up with relatively evenly distributed line-item budgets. However, Ambine’s algorithm quickly found room for improvement and shifted budgets to the best performing line items.

As displayed below, the algorithm continued making slight adjustments throughout the campaign to maximize the output.

Without requiring any manual interventions and adjustments, the campaign generated a 30% increase n clicks during the three-week campaign and optimization period.

“Utilizing Ambine has improved efficiency, as we’ve eliminated the need for manual optimization, and are now able to use automation to enhance our advertising. It is important to consider the framework within which we operate and let AI handle the work for us. Of course, it is necessary always to consider the goals and set the framework within which automation handles optimization.” 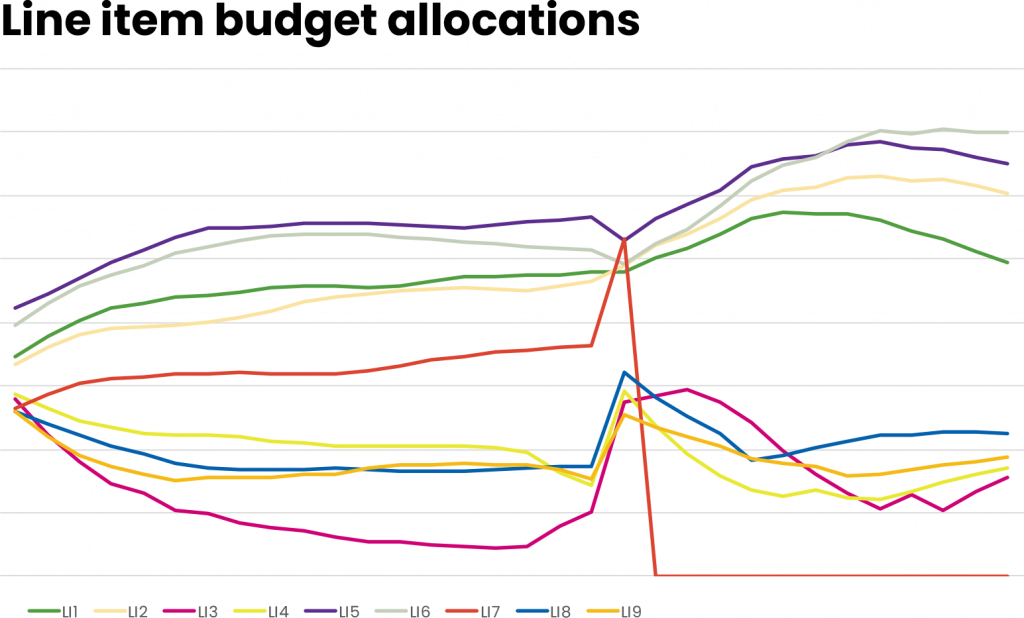 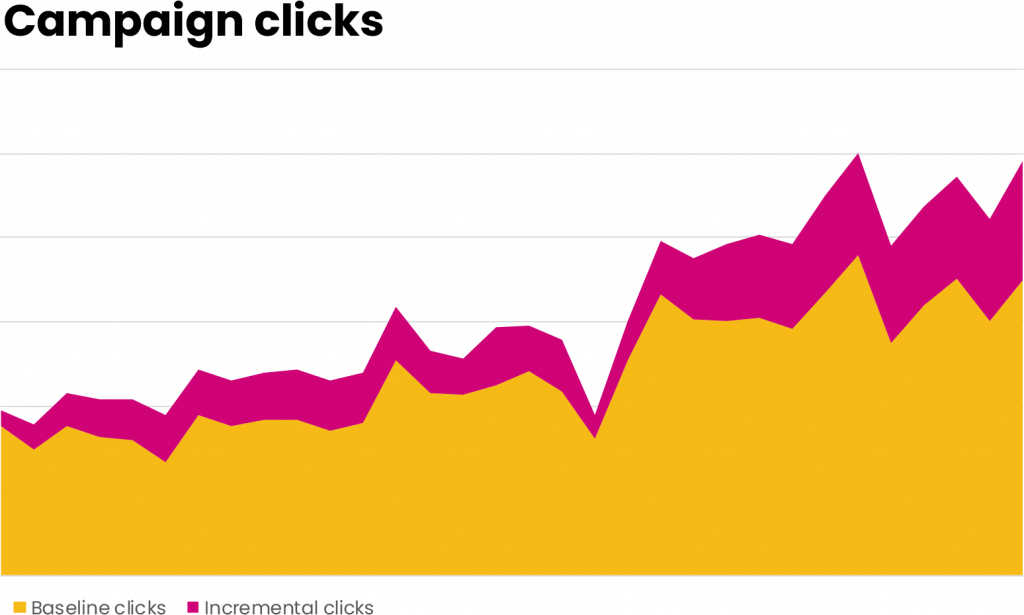 Stay up-to-date with Ambine products by signing up for our newsletter.

By subscribing, you give us permission to send you emails. You can find our privacy policy here.